In a supermarket where hermetically sealed packets of jellyfish can be found on the shelf, nestled between Plain Salted Lays and seaweed flavoured Tuc’s, finding a snack that is to your taste might be a challenge.

You might reach for a tube of chips, and land up with a bag of dried fish snacks (you’d be an idiot though, and a smelly one at that). 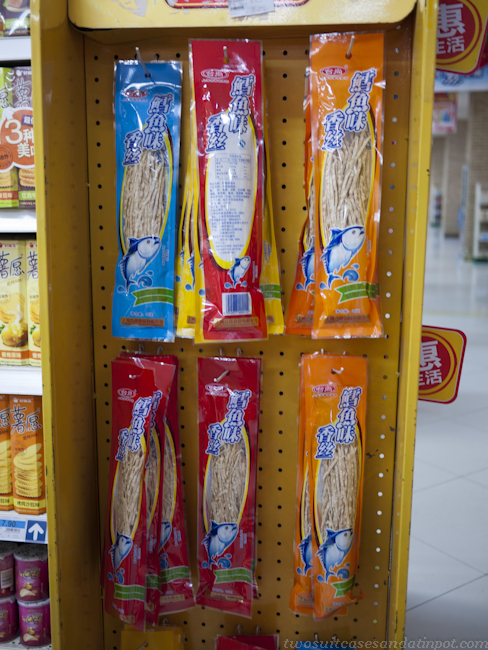 Avoid these as a pre-dinner snack on a first date.

Or you might innocently peruse the shelves for a dried fruit snack, and come across spicy duck tongues. 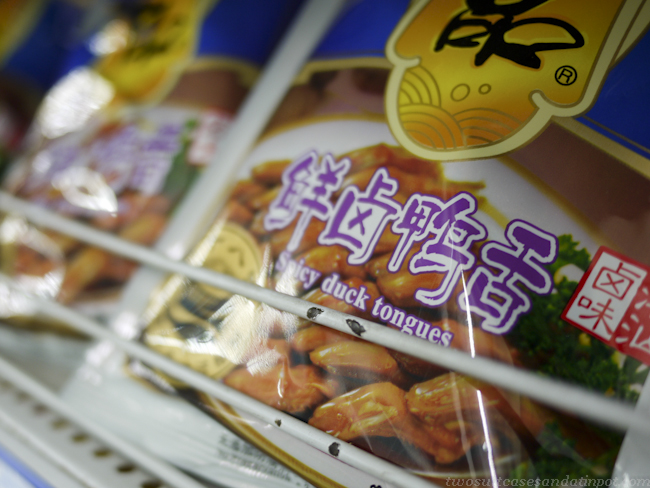 Or fancy tucking into some sweet, corn flavoured bologny? No refrigeration required – these babies will last on the shelf forever. 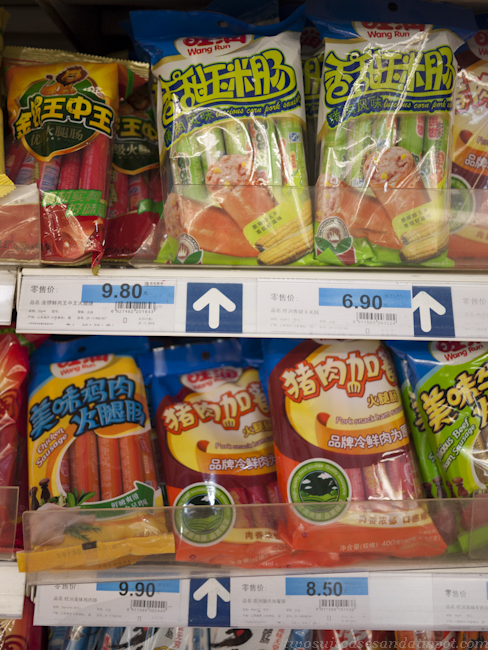 The only thing in this picture that makes sense is the suggestion to run. 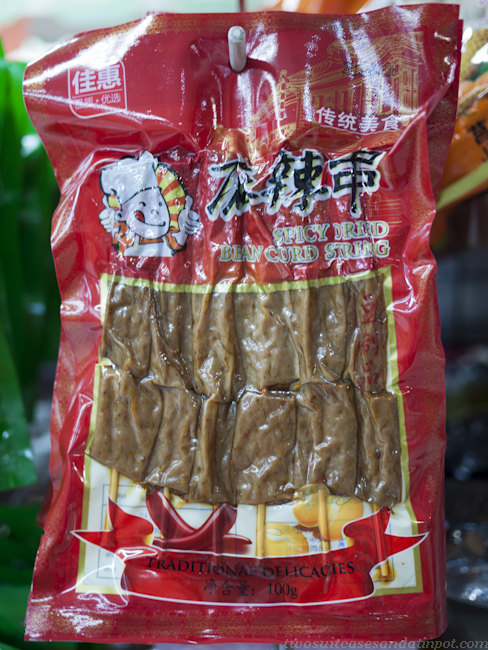 And my personal favourite; those baby-hand-resembling nibbles that everyone in China loves – chicken feet. Vacuum packed, off the shelf, chicken feet. Something us westerners apparently just “don’t get” (like China has the market on chicken feet cornered). 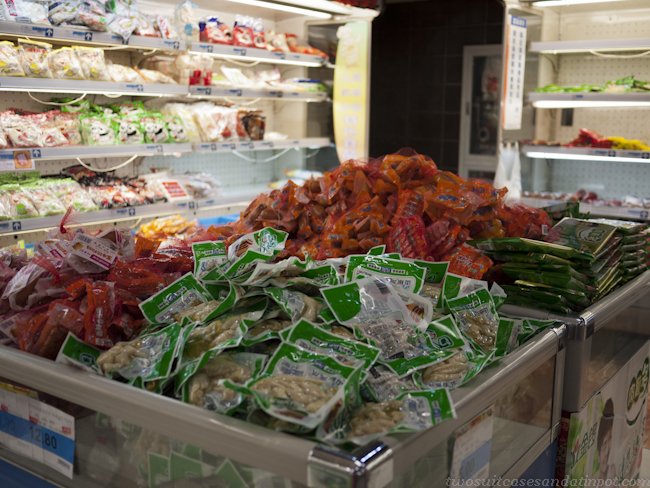 Unsweetened popcorn? Forget it. Some good ol’ cheesy nachos? No chance. But it’s just as well we’re all different, isn’t it? If Chinese people didn’t gag at the thought of cheese (rotten milk, if you ask them, and a little rich if you ask me, seeing as they have that whole stinky tofu thing going on), jellyfish would be taking over our oceans as we fight each other over the last piece of Gorgonzola. So viva le difference!

You’re still going to need a snack though. And if there is one Chinese snack that I absolutely love, it is crunchy broad beans. Also known as horse beans in China, these little beauties are deep fried and then flavoured with various spices – Chinese 5 spice and beef being the most popular. When fried, the beans become a deliciously strange combination of crispy and creamy. You could probably pop the whole thing in your mouth, but I prefer to shell off the tougher outer layer. That way I get to play with my food. 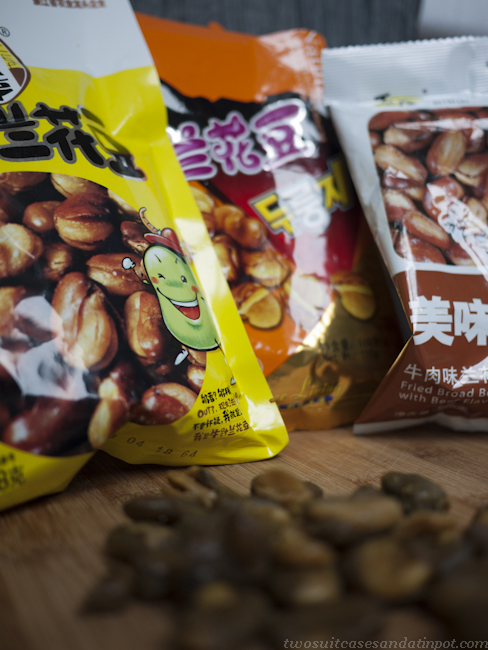 See what I have to endure to find the best product for you? A small sampling of deep fried broad bean snacks. The friendly packet on the left is the best choice if you ask me.

But don’t try these. Floury and flavourless. Unless cardboard is a flavour. 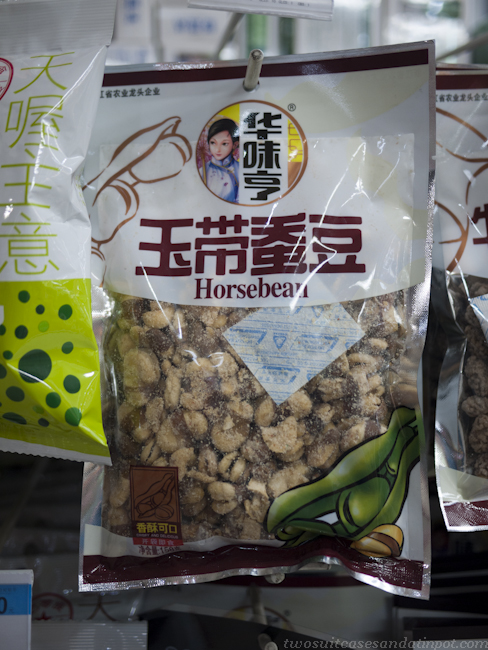 I have tried to make a low fat version of this snack myself. Here is what doesn’t work:

* Boiling the beans till soft and then roasting them.

* Allowing the beans to sprout and then roasting them (this worked well with mung beans though).

Do you see the trend here? Roasting doesn’t work. Basically, unless they are dumped into a big vat of artery clogging fat, they are going to be teeth chippingly inedible. But I shall keep trying, so watch this space!