Blogging is not for sissies. It takes a massive amount of time and dedication, neither of which I have in excess right now. It also requires the ability to switch your creativity on at will when you do actually find yourself with thirty minutes to spare. I really suck at that too. One solution, they say, is to write drunk and edit sober, and frankly I can’t afford to be inebriated that often. This means that I have a draft folder positively brimming with unfinished posts. A little reminder, whenever I log into WordPress, of my ability to cling, hoard, procrastinate and just hope for the best when I know nothing will change. Every now and then I will go back to it, and listlessly page through the articles, knowing that I will never get round to sharing them with you because they either no longer seem relevant, or I’ve forgotten what I wanted to say in the first place, or in one sad case, the restaurant in question had inexplicably shut down before I could tell everyone why they absolutely had to go there. And yet, I hang on to them, even though I know that it is over and that they will never be written.

I know I will never get round to showing you the Qipu clothing market in Shanghai, with its mind-boggling selection of clothing stores, where the items get more expensive and the sales ladies get less pushy as the escalator goes up.

Or the street-food-vendor-packed alley behind said clothing market, where I finally came across sanxian doupi with its delicate tofu skin encasing shrimp flavoured rice, and jiān bǐng with the fried pastry center that the my local Qingpu lady never added and I had been obsessing about since first hearing it was missing from mine.

No really. If you’re in Shanghai, and you love shopping and eating, then this is a must-add for your trip list!

In order to tell you about the massive Tianshan Tea City that we visited, I learnt more about tea than any sane person should be expected to.

But now you’ll never know the difference between the tea on the left and the tea on the right. (There, there now. You’ll get over the disappointment soon enough.)

I have a slew of posts on Shanghainese street food waiting to be written. For example, bet you didn’t know that Shanghai has more than 10,000 mobile food stalls? Or that in a government survey it was found that of 650 vendors surveyed, 609 had no business license? Or that sometimes your lamb skewer might be rat? Possibly poisoned rat. But that wasn’t going to stop me from encouraging you to try fire roasted sweet potatoes.

Alas, I know I will never get round to them. So I’m letting go, moving on, out with the old etc., all in an attempt to feel less bogged down by what I have not accomplished, in the hopes that I can expend more energy on what I still hope to achieve. I’m hoping for catharsis, although the reality will probably only be a bit more free space on my server, and a once again full draft folder a few months from now, because some things never change.

But before I hit the delete button, I have one unwritten post that I felt have to share with you!

There are few things in life that give me as much pleasure as enjoying food with like-minded friends. Happily, I have been blessed with some very special foodies in my life! We don’t have it easy though. Living in a town where Wimpy is considered haute cuisine by many can be quite frustrating for fine dining lovers. I have raged about this before, and nothing much has changed since then. And so, my foodie friends and I decided to start our own Come Dine With Me competition. Four couples, four months, four extraordinary nights. A staggering amount of work went into preparing for each night, and afforded us all the opportunity of trying dishes that we would ordinarily consider too fancy for week night fare, or even your average dinner party. This beef fillet went a long way towards clinching the title for the winning couple, Niel and Pippa, who graciously shared the recipe with me. The recipe is from The Cliff, Barbados: Recipes by Paul Owens, a restaurant that was in the top 50 restaurants in the world when they visited there. I have paged through the book and can highly recommend it to anyone who would like to take their cooking up a notch! It has been a long time since I had this dish, but I can still remember the flavours as if they were melting in my mouth yesterday. Definitely one to add to your repertoire for when you’re having people around that you’d like to impress! 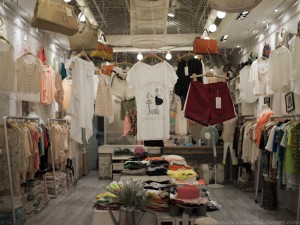