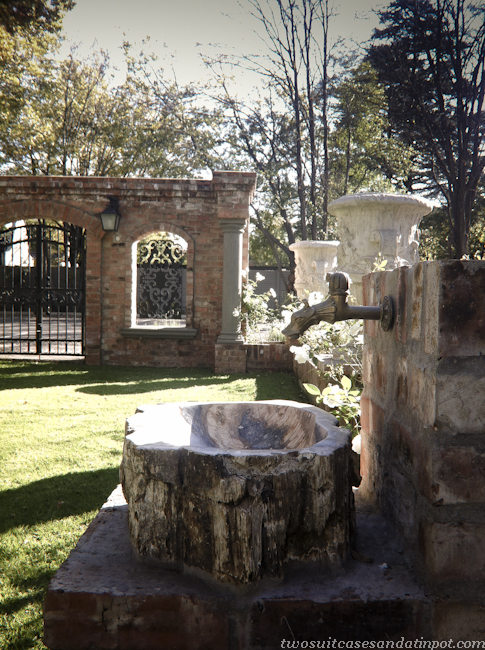 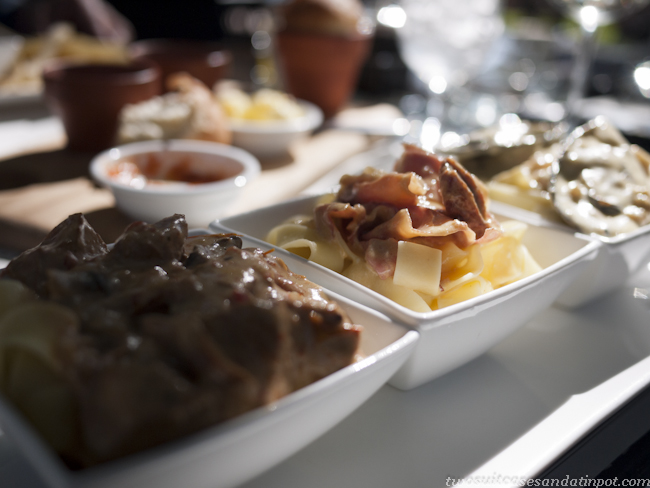 So on to what little I can say of the food. Firstly, it was beautifully presented. We oohed and aahed over every plate that came past before forgetting again to order. Expect to find a little more than the usual fare. I’ll be going back for the crispy potato and haloumi breakfast, and the fresh fig and goats cheese pizza and – brace yourself – the Lindt chocolate orange milkshake. And the Turkish Delight milkshake. And the fig and port milkshake. Other notables on the menu include Cape Malay Style Lamb Curry, Roast Beef Biltong Salad and the Pancetta & Chorizo Pasta. The last I can actually vouch for, as it formed part of my pasta trio and was delicious nestled between the seafood on the right and the chicken and sundried tomato on the left – the perfect solution for when there are too many things on the menu for you to choose just one without risking order envy. I tend to judge the quality of an establishment’s food on their cream based sauces. The closer it is to something that resembles real cream, packed with flavour, and the further it is from the Béchamel based sauces my grade 9 Home Ec teacher tried to pass off as a cream sauce, the happier I am. I was very happy at Anna’s Kitchen.

We were told by others to expect slow service, 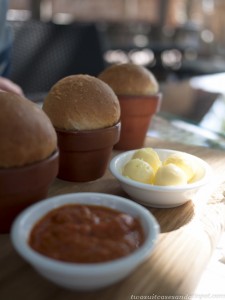 but our waiter was pretty efficient. The food didn’t exactly get there in record time, which suited us, but would probably be a bit annoying if we lunched like normal people instead of turning it into a 4 hour marathon. There is a large deck outside under the trees and ample green lawn in a secured area where the kids can play, so it’s family friendly, or get a sitter and go for a quiet dinner and a slightly more sophisticated menu. The wine list is small and somewhat pricey. You can buy freshly baked foccacia, ciabatta and other goodies on the premises which – if the bread plate served with sundried tomato pesto was anything to go by – is highly recommended.

Cuisine: Contemporary with a South African twist and Italian touches.